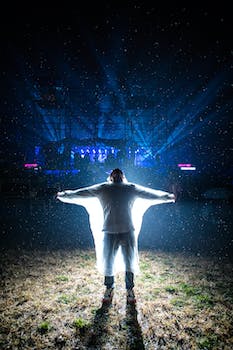 The issues I’m referring to is the progressive segment of society that believes destroying America and American culture will solve any and all problems. Are you people really that STUPID???

Starbucks recently forced racism training down every white employees throat because in Starbucks view only white people can be racist. As a matter of fact some white people are so racist they don’t even know they are racist. SAY WHAT??? God gave everyone free will, so the choice to be racist or not is just that a choice. Chances are you know you are racist and  as a matter of fact I am willing to bet that all people regardless of race can be racist due to particular circumstances that might happen in their lives. We are human and therefore not perfect. Of course some groups like White Supremacy Groups,  the Black Panthers, Black Lives Matters and others take racism to its ultimate evil boundaries but that only shows there are evil people in the world who just refuse to get along with anyone else who is not like them. Most people in my opinion want to get along and were doing so quite nicely until progressives thought it would be a great idea to govern according to identity. Never a good idea to label and brand a group of people according to their race, gender or beliefs. As a matter of fact, in my view that sort of governing is well, racist.

Ironic how progressives tout themselves as being tolerant but their actions and words show them as the hypocrites they truly are. For instance, progressives tout welfare and food stamps as necessary for people of color to survive in a system rigged against them because of racism. Yet the recent tax cuts have lowered the food stamp rolls and lowered black unemployment. Funny, progressive policies never did that. Could it be those policies weren’t meant to solve the problems people of color have? Maybe those policies were solely designed to promote and create a dependent voting group who look to progressive leadership for all the answers. Progressives always seem to be able to find problems in American society but their solutions never seem to work out or resolve those problems. Funny how the evidence suggests progressives just really have no grasp as to what citizens and their voters actually need and want.

Progressives are truly equal in one category, their plans and ideas cause misery regardless of race, gender or faith. For instance, progressives falsely claim Islam is a religion of peace and tolerance. Funny thing is, evidence is overwhelming in proving that is not the case. Yet progressives want more Islamic immigrants to come to America. More Islamic immigrants equates to more intolerance of non-Islamic religions, intolerance of gays and intolerance of Democracy. So tell me again my progressive dumb-ass representatives, why do we need or want Islam in America? If tolerance is your plan you certainly have a misguided way of achieving that tolerance.

Progressives have split America along racial lines, gender lines, political lines and yet they see themselves as the one and only voice of reason and unity. Yet they resist any arguments that are contrary to their positions, they attempt to control free speech with violence and political correctness, they accuse their detractors as being racist-phobic-gunlovin-neanderthals. WOW, certainly seems like a group of tolerant and civilized people. Well I believe the hijab progressives have hidden behind when Obama was in office has been removed. The hypocrisy and division that Obama and his supporters ruled America with for 8 years has been revealed. That hypocrisy has been brought into the light and like all evil ideas and doctrines it doesn’t like the light of truth.

My prayer for America is for people to wake up and take notice. Take notice to how many GOD given rights your government has already taken away from you and how many GOD given rights they still plan on taking. Freedom of Speech is under fire, the 2nd Amendment, Freedom of Worship, the Right to Privacy and many more rights are under assault everyday. Step-up America, don’t listen to talking heads in the media who are nothing more than purveyors of propaganda. Choose the politicians you vote for carefully because regardless of party affiliation many are only interested in their own power over the citizen’s who vote for them. Use common-sense and critical thinking and your own personal code of conduct to lead the best possible life you can. Do not depend on government for anything if possible.  Government wishes for its citizens to worship it and politicians like Gods. Government is not God, and the more government attempts to portray itself as some omnipotent entity the more it looks more like the devil.

Good and evil exist. In America half the country is progressive and half is American patriots. Don’t try to convince me that progressives love America too. Their actions prove they don’t. I might tolerate the fact they have a different opinion of America than I do but I will never surrender or retreat from my opinions. I will never accept progressive ideas because the truth of the matter is, they don’t work and have never worked. Progressives want resistance against those of us with common sense and love of country, freedom, and faith. Well that works for me too. I will resist any progressive or anti-American effort to change my country into a totalitarian country.

I stand for America, a united America where politicians govern by only one credo, “what is good for the country”, not what is good for this group or that group. Only united like we were before certain misguided and evil people were allowed to govern can we get back to the true path of freedom that was America’s inspiration. To my fellow citizens, stop fighting each other because the government has let you down. Unite and force the government to govern for the people and by the people as it was meant to be.

I realize many people will disagree with me and that is their right. Unlike many progressive thinkers in America I believe free speech is for everyone. I don’t view contrary opinions as hate speech, maybe misguided speech, uninformed speech, lacking critical thinking speech, propaganda, government BS….well you probably get the idea. Thanks for reading my rant.

The opinions expressed in this blog are mine and mine alone. They have been produced by what I know, what I research and what I have experienced in life. Opinions to the contrary are encouraged. Live long and prosper America, I plan on living forever so I can be patient.

One thought on “America Gotz Issues…………”