Apparently I have been forgetful by not wishing people a Happy Ramadan. I really believe the picture I posted sums up the ‘Religion of Peace’ quite nicely. Don’t forget, as an American Christian the best way for you to celebrate diversity with our Islamic enemies is to attend a pig roast during Ramadan. Stay hungry my fiends…………. 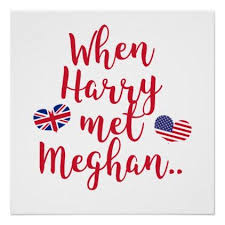 I guess there was a Royal wedding across the big pond over the weekend. Color me dis-interested but it seems many people were interested. Aside from the vintage Rolls Royce the Queen let the royal couple ride in there wasn’t much to keep this old man’s attention. Good luck to the Royal couple and Harry, hope you were smart enough to get an air-tight prenuptial agreement signed before the festivities. Just in case fella.

Unfortunately another school shooting tragedy was committed by a nut job recently and that of course means nut job David Hogg will probably be on CNN spouting his fascist views on gun control. I’m sure if this was WW II era Germany David would be leading his own SS group in no time at all. Unfortunately in today’s America, tragedies bring out the worst in people and Hogg is a leading example.

Starbucks announced recently that loitering in their coffee shops is perfectly fine with them whether you buy something or not. Wonder how long this policy will last? I also wonder if they will divide the shops into stench and non-stench areas in major cities when the ‘street’ citizens overtake the legit customers.

CNN ratings are cratering and the ‘world leader’ in news is still defending itself against allegations that it provides absolutely no news worthy news. Russian collusion 24X7 just ain’t cutting it Wolf. 30% of their viewing audience has disappeared. My theory is maybe the Russians did it. 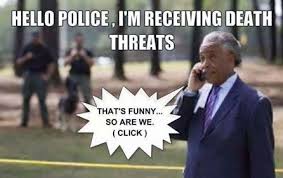 Al Sharpton was quoted as saying the Royal wedding “means an end to white privilege”. That a boy (no pun intended, at least I don’t think) Al. The Reverend (and I mean that sarcastically)  Sharpton can turn any occasion into a debate about racism. Sadly Al can be found on the front lines when a police officer shoots a black criminal but when it comes to black on black crime, well lets just say Al is usually MIA.

Lizzie Warren everybody’s favorite Indian Chief has said she will refuse any and all donations from the NRA. When asked about fire-water producers however, Liz uttered what sounded to be a ‘No Comment”.